Martinez was founded in 1790 by the Spaniard Sebastian Gonzalez Martinez, who, from his base in the City of London sold sherry, cigars, and Port which was sourced from many producers and sold on to British merchants for bottling under their names.  In 1822, he went into partnership with an Englishman, John Peter Gassiot, a Member of The Royal Society and amateur scientist.  By the time Sebastian Martinez retired in 1849, the company had become the largest shipper of Port to the UK, with its lodges in Oporto had acquired in 1834.

In the early 20th century, at a time when many Port shippers were struggling, Martinez sold shares on the London Stock Exchange and became a public company.  In the early 1960s, Martinez was purchased by British wine merchant John Harvey, who also instead ironically acquired Cockburn’s, at the time Martinez’s chief rival. In 2006, the firm was acquired by the Symington Family who set out to revitalize the Martinez name and reinforce its reputation for fine Vintage Ports.

In a discussion of the typical styles of each of the family brands Charles Symington, head winemaker, said that without the tie to a specific Quinta and terroir-driven style, Martinez is an opportunity to “just have some fun making interesting, satisfying wines” from the grapes supplied to us by small producers. 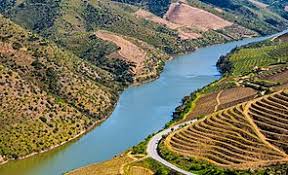 Martinez has no historical association with anyone Quinta.  Instead, the grapes are sourced mainly from the Pinhão and Rio Torto valleys, where many small farmers produce top quality fruit which they sell to the Symingtons.