Bual, Stencilled Front, Label on Back 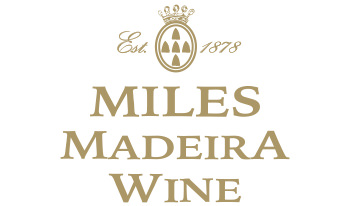 The firm that was eventually to become Miles Madeira was originally known as Rutherford & Brown, established on the Island of Madeira in 1814. In 1856 Henry Price Miles left England with his family and arrived in Madeira. Having worked as an apprentice since the age of 12 under the tutelage of James Rutherford, he acquired sound knowledge and experience of the workings of the Madeira trade. In 1872, the Rutherfords left for London (due to Phylloxera which decimated most of the vineyards in Madeira) and started up a wine importing business at the Old Trinity House in Waterlane. This prompted Miles to purchase the company and stocks and he later made a gentleman's agreement with Rutherford that any Madeira sold by them in the United Kingdom, Scandinavia, or Russia would be bought through H. P. Miles and Co. This agreement was respected and carried on until the Rutherfords sold their firm Rutherfords, Osborne and Perkins to Martini Rossi in the 1960's.