(We currently have no information available on this category) 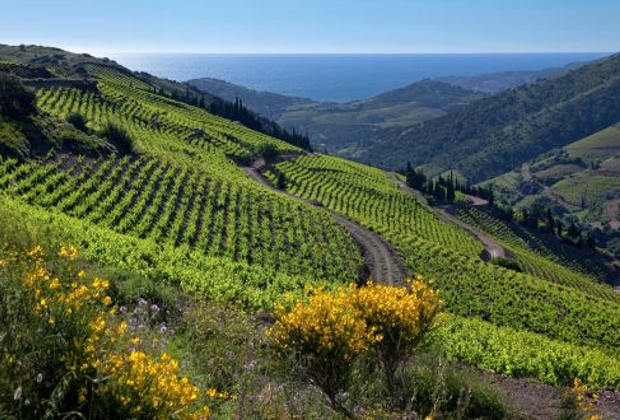 Banyuls is a French appellation d'origine contrôlée (AOC) for a fortified apéritif or dessert wine made from old vines cultivated in terraces on the slopes of the Catalan Pyrenees in the Roussillon county of France, bordering, to the south, the Empordà wine region in Catalonia in Spain.
The AOC production area is limited to four communes of the Côte Vermeille: Banyuls (from which the AOC takes its name), Cerbère, Collioure, and Port-Vendres.The production process, known in France as mutage, is similar to that used to make Port.